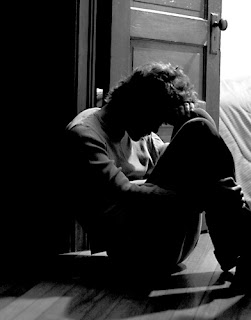 This blog, now with 40% more doom and gloom.

Anyone who knows me knows that I don’t watch the news. I don’t read the newspaper, either. Sometimes I’ll skim the headlines on CNN just to make sure the world didn’t end, but that’s about it when it comes to mainstream news.

Because watching that shit makes me want to jump off a bridge.

A few years ago, on Christmas, my whole family was gathered at my grandparents’ house for lunch. We were all talking, laughing, and generally having a good time. The local news station was playing in the background, and they were talking about how busy the stores had been the day before. People were actually spending money, despite the recession.

But they were very quick to put a negative slant on the story by saying that some stores were going out of business. Boy, that was close.

Then they got to the weather. You’d think you’d be safe from negativity with the weather, especially because it was a very nice day for December in Ohio. But you’d be wrong. Instead of talking about how the warm weather was a relief from the sub-zero temperatures we’d been having, they talked about how warm temperatures would melt the snow and pose a risk of flooding. (There was no flooding.)

Then came crime reports. “Psychopath shoots 12, then self. Happy holidays!”

What’s my point? Simply that watching mainstream news will make you want to chug a bottle of oxycodone and lie down on a railroad track.

This world isn’t the horrible place they make it out to be. Sure, bad things happen, but is it really necessary to emphasize them as much as they do? When is the last time you heard a happy news story?

And it’s not an accident. Studies have been conducted on this—happy people don’t watch as much TV, so it’s in the media’s best interest to keep you feeling miserable rather than report hopeful and happy news.

The solution? Turn off the TV. Read a book. Spend some time with the family. Go to the gym. Just turn off that damn TV.